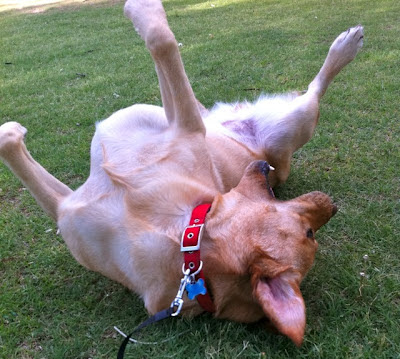 Here are the entries for the
Downton Abbey Best Joke I Ever Heard In My Entire Life
contest.
Using the voting booth to your right,
please vote for your favorite joke!
Voting will be open until Saturday, March 3
at midnight (Eastern time).

Winner will be announced when the tall guy decides
to get out of bed on Sunday.
===
Please vote for ONE of the following:

#2.  A skeleton walks into the bar and asks for a pint of beer and a mop.

#3.  Two guys are hiking in the forest when they suddenly come across a big Grizzly bear! The one guy takes off his hiking boots and puts on some running shoes!
His friend says to him "You're crazy! There's no use, do you know how fast Grizzlies are, you'll never be able to out run it!" and the guy says, "I only have to out run you!"
#4.  "What is the difference between a labradork and a mailbox?"
"Huh? You don't know? No wonder you never get any mail."
#5.  Persian: what is a lightbulb
Somali: The sun is shining, the day is young, we've got our whole lives ahead of us, and you're worrying about a burned out lightbulb.
Norwegian Forest Cat: Just one. And I'll replace any wiring that's not up to date, too
Cornish Rex: Hey guys, I've found the switch
Sphynx (hairless): Turn it back on again I'm cold
Exotic: Let the AOV(any other variety) do it. You can feed me while he's busy
Maine Coon:(Labrador of the feline world) Oh Me me. Pleeease let me change the bulb. Can I, hug, Can I?
ANSWER: Lightbulb never gets changed. Cats are too busy discussing the chore.
#6.  Why are Dalmatians terrible at hide and seek? They are always spotted!
#7.  Q. Why did the Siamese twins move to London?
A: The other one wanted to drive.

#9.  Due to a power outage, only one paramedic responded to the call.

The house was very dark, so the paramedic asked Kathleen, a 3-year-old girl, to hold a
flashlight high over her mother so he could see while he helped deliver the baby.

Very diligently, Kathleen did as she was asked. Heidi pushed and pushed and after a little while, Connor was born. The paramedic lifted him by his little feet and patted him on his bottom. Connor began to cry.

The paramedic then thanked Kathleen for her help and asked the wide-eyed 3-year-old what she thought about what she had just witnessed.

Kathleen quickly responded, 'He shouldn't have crawled in there in the first place........smack him again!'

#10.  What happened when the butcher fell backwards into the meat grinder?? He got a litte behind in his work!!!

#11.  There's these three dogs sitting at a bar, a Chihuahua golden retriever, and a shepherd.
A girl dog walks in, and said "The person who can use liver and cheese in a sentence I will marry."

The golden retriever goes first. "I don't like liver and cheese."

Then the shepherd goes next. "I like liver and cheese."

Now the Chihuahua, "Liver her alone cheese mine!"

#14.  A burgler breaks into a house. He's creeping around in the dark and he hears a voice "Jesus is watching you" ... he looks around & doesn't see anyone, so he continues to rob the house.

Again he hears "Jesus is watching you". He flips on a light switch and sees a parrot on a perch. "Did you say that?" he asks the parrot.

The burgler scoffs and says "Who in the world would name a parrot 'Moses'?"

The parrot starts to laugh, and replies "The same people that named their Rottweiler 'Jesus'."

Put your dog and your wife in the trunk of the car for an hour. When you open the trunk, who is really happy to see you?

#16.  I've been diagnosed as a dyslexic, agnostic insomniac because I lie awake and night wondering if there's a dog.

#17.  A wife was making a breakfast of fried eggs for her husband. Suddenly, her husband burst into the kitchen. 'Careful,' he said, 'CAREFUL! Put in some more butter! Oh my gosh! You're cooking too many at once. TOO MANY! Turn them! TURN THEM NOW! We need more butter. Oh my gosh! WHERE are we going to get MORE BUTTER? They're going to STICK! Careful. CAREFUL! I said be CAREFUL! You NEVER listen to me when you're cooking! Never! Turn them! Hurry up! Are you CRAZY? Have you LOST your mind? Don't forget to salt them. You know you always forget to salt them. Use the! Salt. USE THE SALT! THE SALT!' The wife stared at him. 'What in the world is wrong with you?You think I don't know how to fry a couple of eggs?' The husband calmly replied, 'I just wanted to show you what it feels like when I'm driving.'

#19.  Q: What do you a call a boomerang that doesn't return like it is supposed to?