Look where we went! 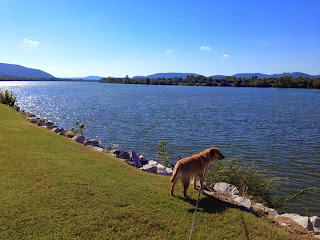 Isn't this some of the most beautifulest water
you have EVER seen? 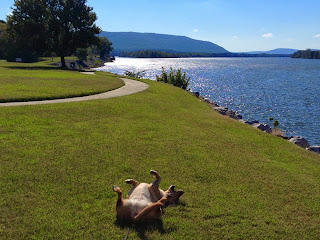 It is so pretty I just couldn't stand it! 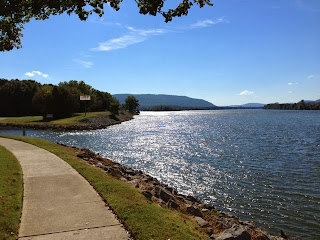 Of course, you may notice that I did NOT
get to go into the water,
but it was still fun!

We even saw a really cool boat.
The tall guy said that it was a replica of
one of Columbus' boats.

I think he said it was the Pinto Bean.

I hope we get to go back there
really soon!! 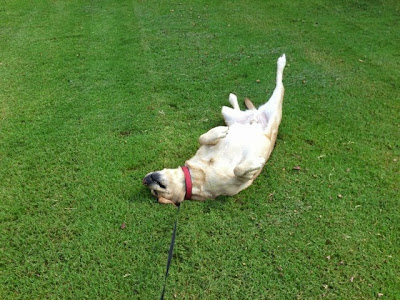 I think the world looks better from this angle.

This is my new favorite position.  It's how I look when I'm not ready to go back into the house yet.  The tall guy has to come and pretend like he's going to step on my tail to get me up.

He refuses to drag me back into the house like a sack of potatoes.

Speaking of the tall guy, he says to let everyone know that he is still visiting your blogs (yes, each and every one of them).  He's usually reading them in bed before he goes to sleep so he will have happy dreams.  He just wanted you to know.  Hopefully, we'll be in our new house soon, so he can get back to his regular schedule. 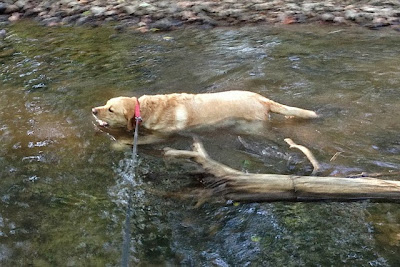 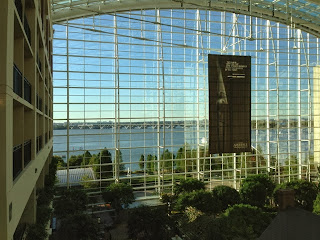 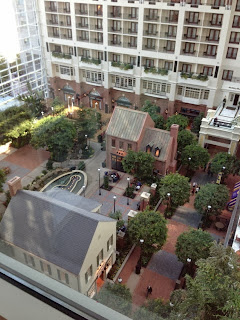 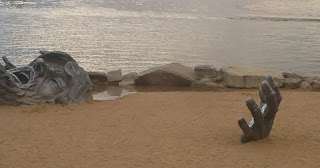 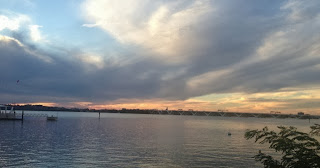 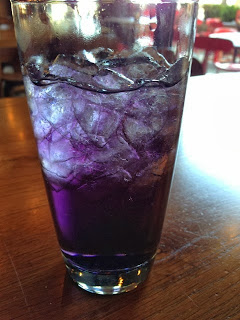 It has come to my attention... 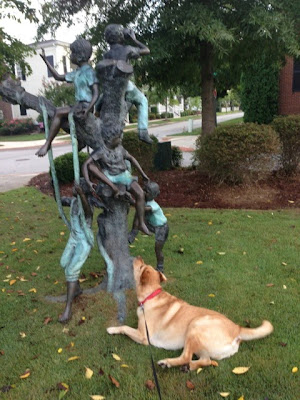 that some people are putting up statues of children playing and not including a dog as part of the statue.

Well, needless to say, I was smacked in the gob when I heard this.

I will gladly come to your house and be a part of your statuary if you have something good to eat.

You may see a sample of my statue-ness above.

Actually, on second thought, it might look as if I have chased all those children up a tree.

Perhaps we should discuss this with the sculptor.

Please may I go play in the water? 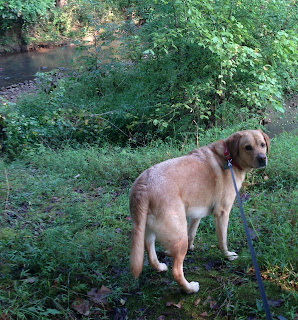 Thank you very much!!

You meet the most interesting characters when you are out on a walk.  I watched this guy for about 6 hours and he never barked.  He didn't look at me.
He never even moved!  He must have had
some really good training!

(The tall guy did not buy any of the houses in this neighborhood
with the dogs who do not move.
He said something about them costing over 1/2 of one million dollars.
But we like to walk around there anyway and pretend!) 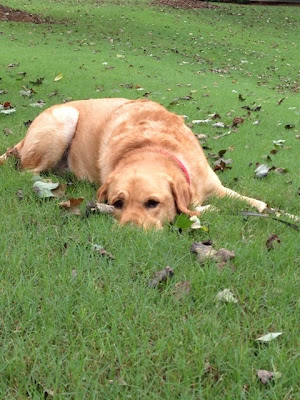 This is called 'grass'.

Evidently, all my puppy eyes
finally got to the tall guy
and he said that we could stay here.

So we have been busy for the past week
trying to find a new place to live.

The tall guy promised me that it would have
1)  grass
2)  trees
and
(he said this was the MOST important thing)
3) my very own door that I can go
in and out when I need to at 3AM.
He doesn't seem to like getting up
and taking me outside that early in the morning,
but when you gotta go,
you gotta go.

So that is why we haven't been around much lately,
just in case you were wondering,
but I know he reads your blogs in bed every night
before he goes to sleep.

He said he spent all day yesterday
dealing with something called
'more gauges'.
I asked him how many gauges he needed,
and that if we could stay here,
I would buy him some.

I'll let you know what happens!