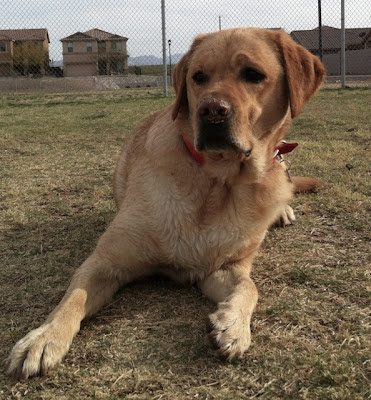 Well, the tall guy said we should do an audio version of my book, "Jack:  A book about a dog where the dog doesn't die at the end", but when we tried, he said that I didn't sound like a Jack.  He said I sounded more like someone trying to talk like a dog.  I have no idea what he means, but that's usually the case, especially early in the morning before he has his Cheery Os.  I told him one morning that he looked like he had been eating Grumpy Os, but he didn't think that was very funny.  I rested my case!

I thought of an important question.  If your fur child(ren) could talk, what (or who) would he/she/they sound like?  (Try diagramming THAT sentence in your 8th grade English class!)

The BEST answer, as chosen by me, will win something, although I have no idea how much is left on the tall guy's credit card.  Maybe you'll win a call from me so you can hear what I REALLY sound like!
Posted by JacksDad at 12:05 AM