Well, wouldn't you know it?
It turns out I was only like 2 blocks away from the house. I wasn't anywhere NEAR the taco truck. So the tall guy told me I had to come home.

But when we got back home, he told me he had a surprise for me.  So I splayed out on the floor and waited. 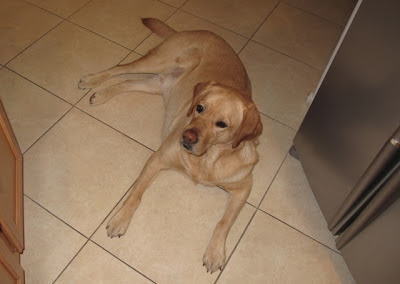 Then, LO AND BEHOLD (Go ahead.  I'll wait while you behold.)  He gave me my very own pannycake! 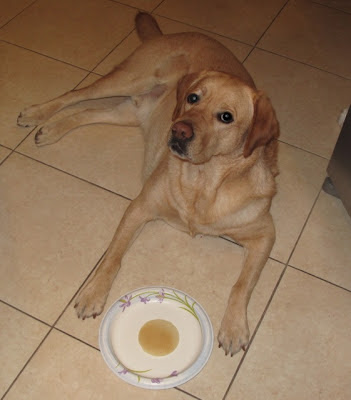 Actually, I think it was one of his practice pannycakes since it wasn't very big, but that's ok.  It was still the most delicious pannycake I have had in a long time.  And it was not even burned on either side! 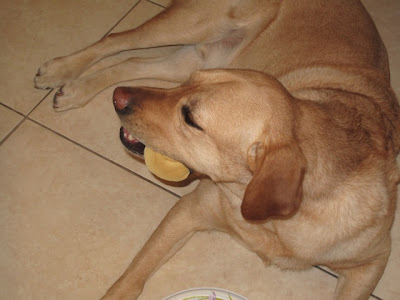 And then to top it all off, we went to the park and went on a walk.  I think it was so he could walk off all the calories from all the non-burned pannycakes that HE ate, because the ones he ate even had butter AND syrup on them.  I'm telling you, he's just becoming decadent.  It's like I'm living in BARKingham Palace around here sometimes!

I had to smile so he could take my picture. 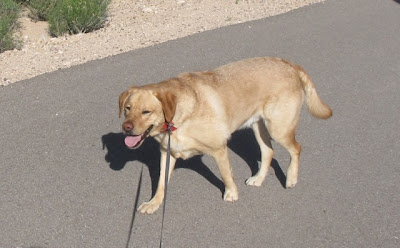 We saw a bird sitting on one of the trees.  We didn't know what kind it was until we got back home and did the Google.  Turns out, it is a brown curve-billed thrasher.  If you click HERE, you can hear what they sound like.  I didn't hear this one singing, but I think that is because it flew away right after the tall guy took its picture. 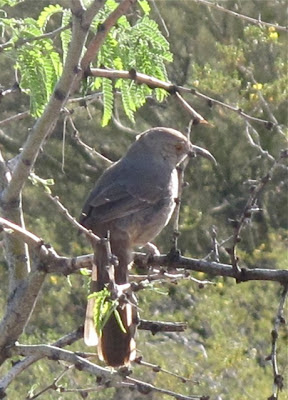 And last but not least, here are the mountains.  If you look closely at the bottom, you can also see where they are building a dog park so I will have somewhere to play without having to wear my string.  The tall guy said they were going to name it the "JACK!! If you don't stop waking me up at 6AM, one of us is start sleeping in the back yard and it's not gonna be me" Doggy Park. 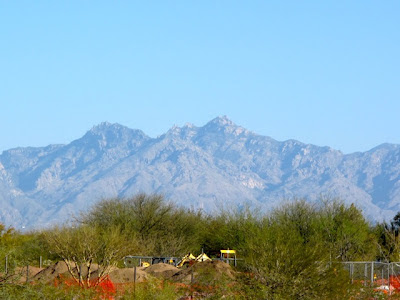 Some people sure are grouchy when they don't get enough sleep!
Posted by JacksDad at 12:05 AM