What do you mean
this post has nothing to do with me? 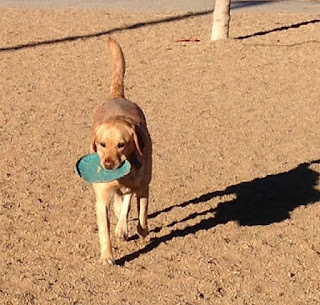 This blog is not called
"Daily Dose of Whatever You Want To Talk About?"
now is it?

What?
Timmy fell down the well?
You know that I won't fall for that trick!
Besides, he shouldn't have been
playing there anyway.
I think you're just trying to distract me
so I won't notice that you're not writing about me.

So, to get to the point.
The tall guy wanted me to ask you something.
He gets emails that say if he does a review
of this or that on the blog,
that he will get a this or that to give away
to, let me see how they put it,
one of your many gracious, intelligent,
amazing readers.

Normally, he just deletes the emails,
as he figures if you wanted a this or that,
you probably already had one.
But, he just wanted to see what you thought about it.

However, he says that if someone
wants to offer him an all-expense paid trip
to Japan to do a review of dog toys there,
or if they wanted to send him to Scotland
to check out Scottish dog collars,
he would review the HECK of it!
(He actually said "heck".  You can't make this stuff up!)

So, what do you think?
Do you want him to start
advertising stuff so that you could win something?
(He said if he wins a trip to Japan or Scotland,
he would make sure that he gets one to give away too!)

(P.S.  He said to add that he doesn't mind
when bloggers do this on their blog.  He just got an email today and wanted to see what you think.)

(P.P.S.  To the Scotland/Japan people giving away trips:
He has my permission to go.
And remember,
he'd review the HECK out of it!)
Posted by JacksDad at 7:05 PM