You see what I have to put up with!
I keep telling you that all the little guys at the puppy park seem to think I am some type of toy they can just grab hold and chew on. Well, now I've got proof!

This little guy decided he was going to show me who was the boss. So, first he tries to climb up on my back. Then he grabs hold of my ear. Then he decides that I should carry him around for a while. 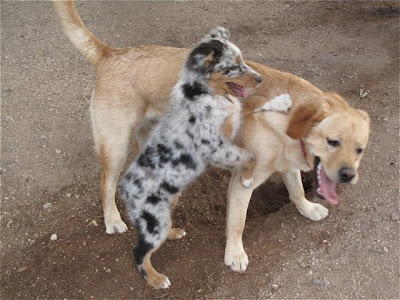 SO, being the nice, kind puppy that I am, I let him pull and tug for a while. I even rolled over so that he would think he was being the alfalfa male. He thought he was king of the castle! 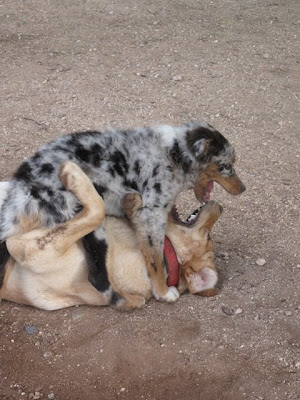 It was THEN I decided to push him in the hole and cover him up with dirt! :) 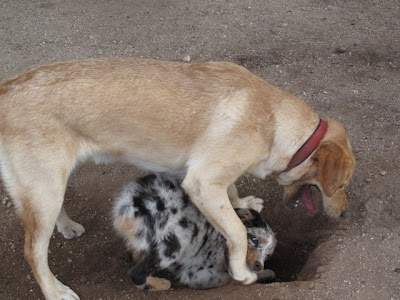 So, next time you're at the puppy park and you see a puppy stuck in a hole, ask yourself what he did to deserve to be there. The answer may surprise you!

PS. No puppies were put in the hole during the making of these pictures! I made sure the tall guy turned off the camera WAY before I put him in there! (JUST KIDDING!)
Posted by JacksDad at 3:01 AM