Jack's Believe It Or Don't!
(It doesn't really matter to me!)

It's a fact:
Coyotes can not kill you simply by looking at you before 8AM!
After 8AM, you're dead meat!
We saw a coyote out in our neighborhood the other morning.
He was just standing in the middle of the street.
(The tall guy wouldn't let me go talk to him and say hello,
which I thought was awfully unneighborly!
Besides, he was so worried that the coyote wasn't going to be friendly,
that he didn't take any pictures.)

But then LO AND BEHOLD (there's that behold again),
what did we see in the park this morning,
but THIS: 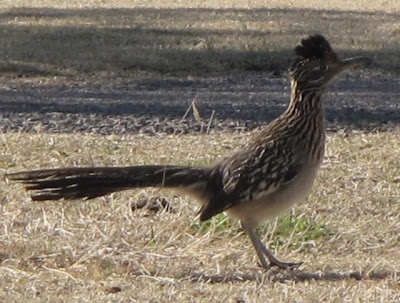 That's right. It's a SPEEDIPUS-REX.
Actually, we see a lot of road runners.
I just thought it was neat that we saw it after we saw the coyote!
It's a fact:
Road Runners CAN kill a coyote
if they have a rifle with them at the time!

It's a fact:
I know it's hard to believe, but...
some puppies prefer NOT to have their picture taken! 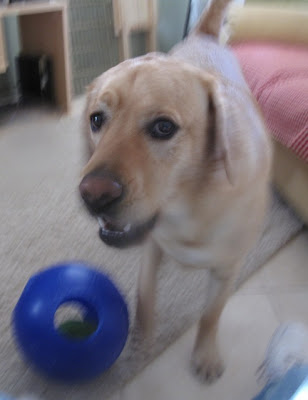 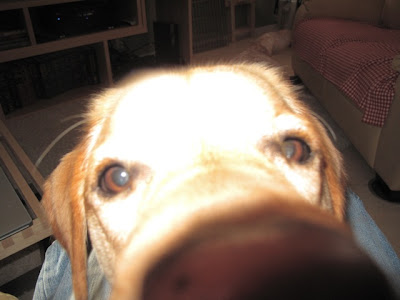 (I was a little perturbed that the tall guy was taking my picture while I was trying to play!)
It's a fact:
Dog boogers will NOT stick to an expensive camera lens
until you are trying to take a good picture!

Look carefully at the next pictures. There WILL be a quiz at the end!
HMMMMMM, what can that be? 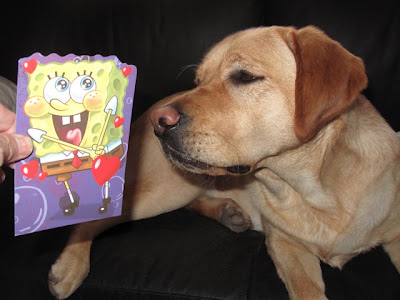 MMMMMMMMMM.
What do you mean, I'm not supposed to eat it??? 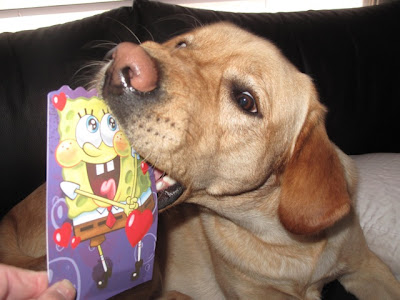 One of my favorite buddies sent me this great card.
Here's the quiz!
If you can name the puppy who really likes SBSP,
you'll know who sent me the card! 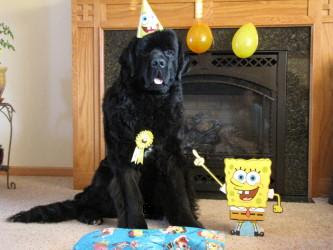 It's a fact:
SpongeBob SquarePants actually lives in a condo in West Hollywood
with his mother and two cats!

And there you have it -
BELIEVE IT
OR
DON'T!!

(From the tall guy:
And here's some more stuff to help you wile away your day:
http://www.youtube.com/subaru
I like the drive-thru one!)
Posted by JacksDad at 12:05 AM