We Need YOUR Help! 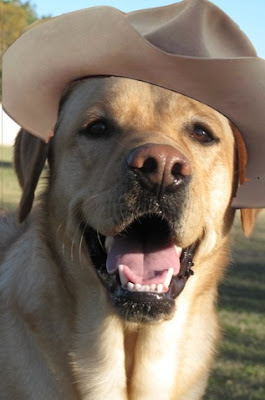 Think you can be the next
'American Paw-dol'?
Here's your chance!
Every good TV show needs a theme song.
Music isn't easy,
especially that Gm7 chord
(no thumbs!)

So, without further ado
here are my first attempts at a theme song for

Just sit right back and you'll hear a tale,
A tale of a fateful pup.
That started when he headed west,
And forgot to bring a cup!

He was a mighty barking pup,
His voice was loud and sure.
Five puppies and a kitty-cat
Went west where the air was pure!

Here's a story,
of a lovely puppy,
who was bringing up 3 very lovely pups
all of them had hair of gold, like their mother,
the youngest one in curls.

Well, that's just silly. First of all, I don't have any pups and secondly, where is their mother? What kind of mother just runs off and leaves her babies with me?

No no no. That won't work either. For one thing 'fed' doesn't rhyme with 'Jack'.

Well, I'm stumped. I guess I'll have to ask the tall guy if he can come up with something on that big black thing that he keeps in the room I'm not allowed to go into!

If you have any ideas, they would be greatly a-paw-ciated! :)

Speaking of songs (see note below):

Note: Oh well, there was a really cool video here of a dog
who didn't like the song "Happy Birthday" but it didn't want to embed,
so I just linked directly to it on YouTube!