Twenty-five thousand pictures...
and not a good one in the bunch! 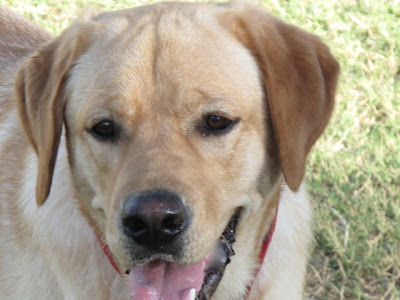 Here are some more pictures that the tall guy took at the puppy park. I told him he sure does take a lot of pictures. He said it was because I was so handsome that he had to keep taking pictures of me because no one would believe him when he told them how good looking I was. I don't think it's a lie if it's true! :) 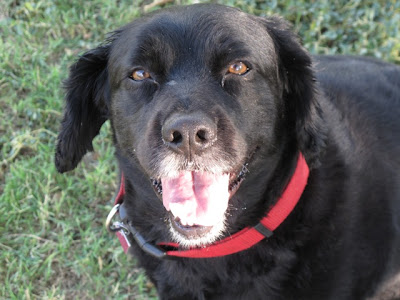 This was a nice guy. He was very good about sharing his toys! 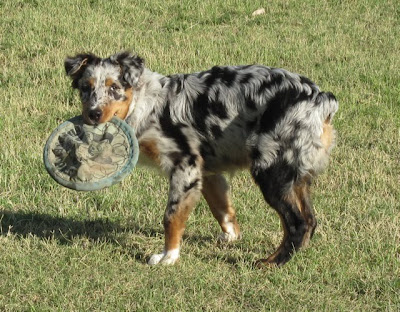 Here is the puppy I buried in the hole a while back. I see he's up to his old tricks! 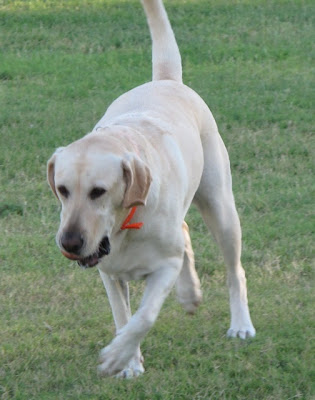 This pretty lady is Maisy. She reminds me of my mom! 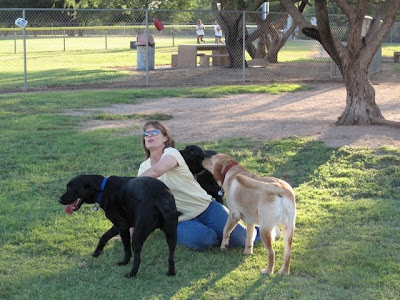 Not all the puppies at the puppy park are puppies! This was a really nice lady
who didn't even mind when I tried to give her a kiss! She tasted like puppy! 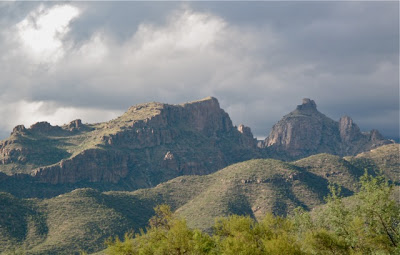 I don't see any puppies in this picture, but there must be some there somewhere. I asked the tall guy why he takes pictures that don't have any puppies in them and he says because the mountains are pretty. You can see these mountains from the puppy park. He said it was pretty hazy when he took this picture. I think there used to be a show called 'Hazy' on TV, with Shirley Booth, but I don't see her in the picture either!