I want to be a puppy! 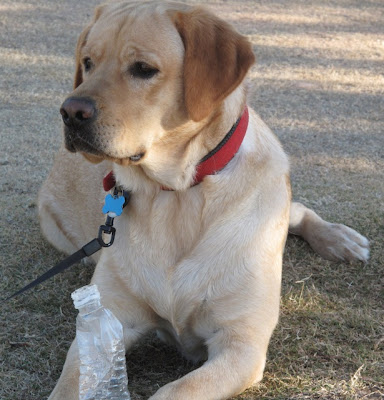 We were at the park this morning and I looked up and saw some other puppies walking by. I didn't jump up to meet them because the tall guy told me they were out walking with their peoples and a baby. He said I did very good and I was being A LERT!

I still think I have enough time to be a lert down the road. Besides, being a puppy sounds much nicer than being a lert! So, if you see the tall guy, please tell him that I am perfectly happy being a puppy and that he should just forget about that lert thing!

We were driving (well, the tall guy was driving - I was riding shotgun) to the puppy park yesterday and we saw this: 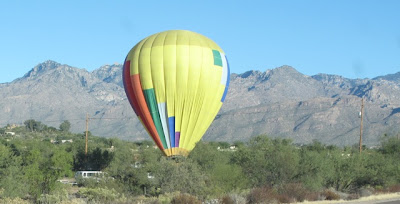 The tall guy said it was a balloon. I told him it sure was an awfully BIG balloon and he said it was so big because it was filled with hot air. I told him if that was the case, he would be as big as a house.

Needless to say, I did not get any chicken biscuit from McDonald's on the way home.
Posted by JacksDad at 12:10 AM