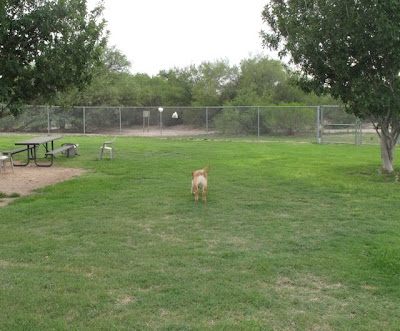 When we got to the puppy park yesterday, there were no other puppies there. I was the only one, so I had the entire park to myself. (It had just stopped raining, so that may have been why!) I got to go to the side where all the small puppies play. I had never been there before (for some reason, all the small puppies seem to think they are too good to hang out with the big puppies). There were a bunch of new smells and the tall guy liked it because there were no beans that I could eat! 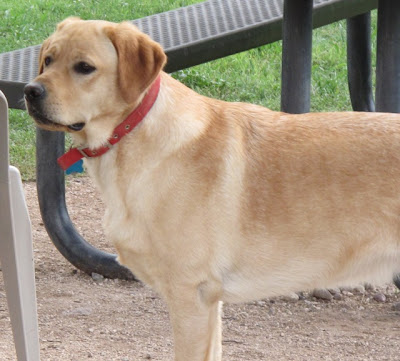 Here I am with my True Blood eyes (I have no idea what this means - I think it's from some TV show the tall guy watches. He told me I would understand when I got older!) 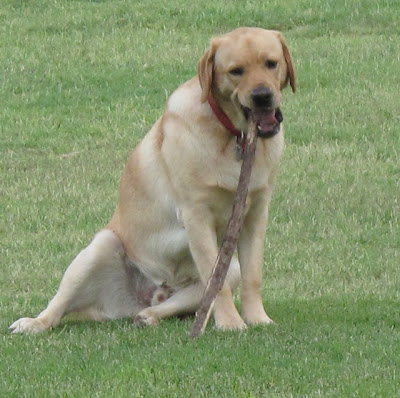 There may not have been any beans, but there was a cool stick that I found to chew on. The tall guy doesn't think I should eat sticks either. There seems to be a lot of stuff at the puppy park that I'm not supposed to eat! And next time you see the tall guy, please tell him to wait until I'm sitting properly before he takes my picture! 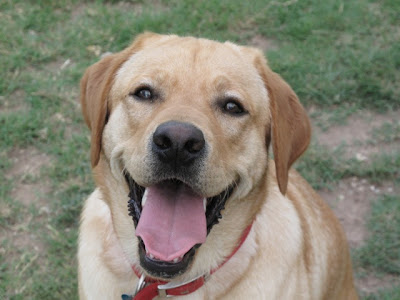 Finally, some other puppies came to the park, so I got to play with them before we had to go home so the tall guy could eat. So, now you see how it is - when I try to eat, I get fussed at, but when it's time for the tall guy to eat, it's Katie bar the door!

Until tomorrow, your obedient puppy...